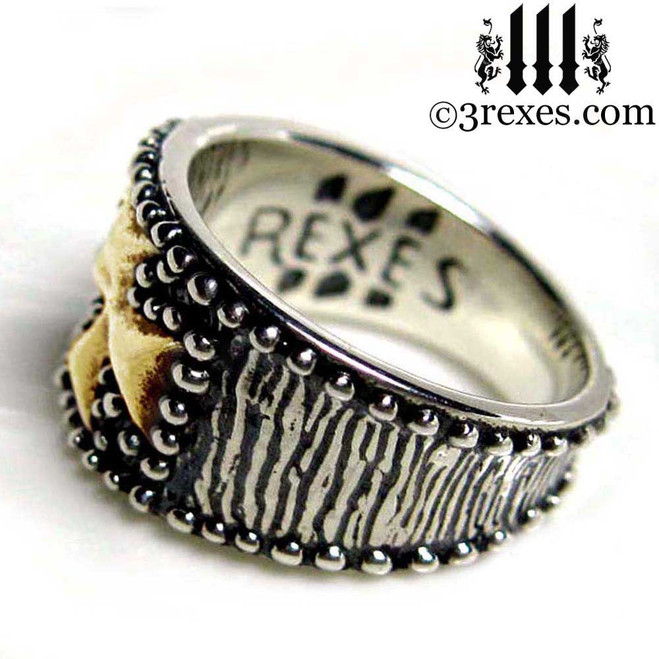 Silver n Gold Iron Cross ring loaded with a countless number of crude Medieval studs, can be worn by both pirates & wenches!

ABOUT THE IRON MALTESE CROSS: Often associated with The Crusades (11th - 13th century A.D.), this heraldic cross "pattée" (a cross that has arms which are narrow at the center and broader at the ends - French) was not only used by the Crusaders, but by the Teutonic Knights, Knights Templar and later it became associated with the German empire, Freemasons and modern Masonic organizations.